Warren A. Somers: Origin of the W3VV callsign 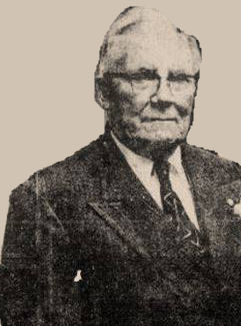 Mr. Somers was born April 29, 1893 in Philadelphia, Pennsylvania.  As a child, he moved to Bradford with his family.   Later on, Mr. Somers became a union electrician.  He also operated an appliance business out of his home at 151 East Main Street in Bradford and had a dealership in nearby Derrick City. 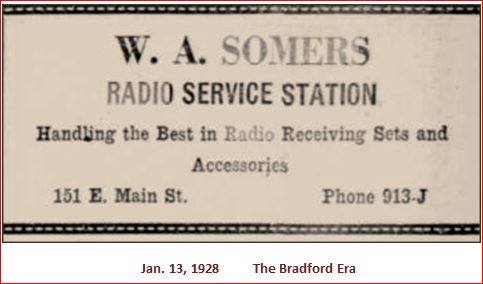 Courtesy of Dave Rathfon
Mr. Somers was among some of the first amateur radio operators in the country.  His obituary states that he was an operator in 1911.  Prior to 1912, callsigns were not assigned as there was no issuing authority.  He is not listed with a callsign until the 1914 edition of the U.S. Department of Commerce’s Radio Stations of the United States.  He was listed with the callsign of 8ANN (some of Pennsylvania was once part of the 8th call district).  In the 1920 & 1924 editions, he was listed as 8CQQ.  In the 1927 book, Mr. Somers was listed as W8APW, and by 1930 that had changed to W8CFU. 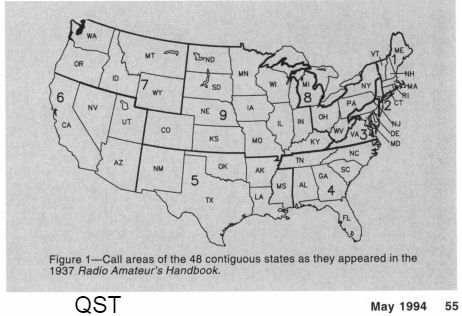 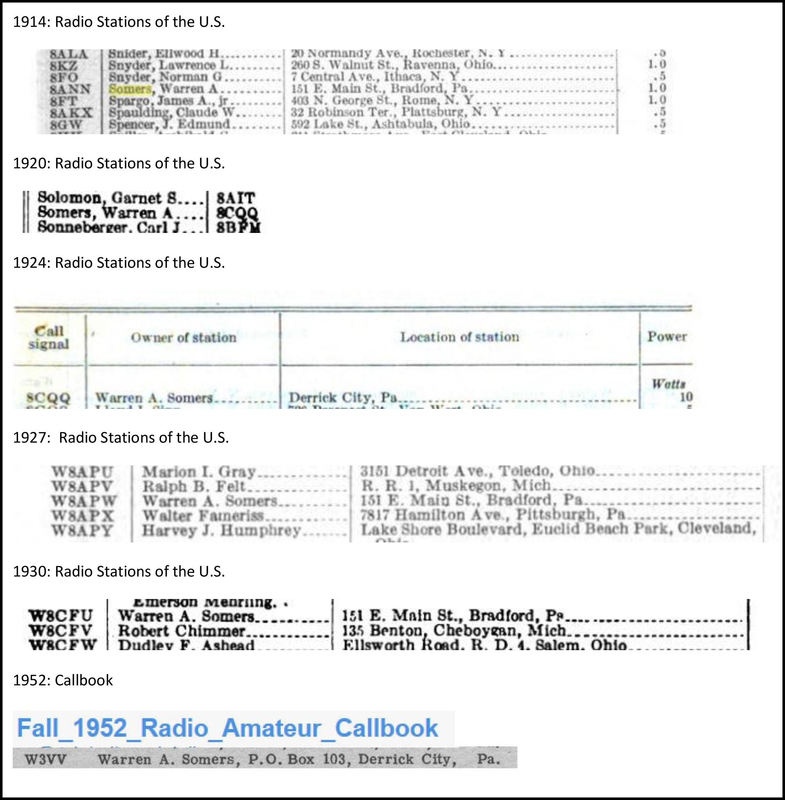 During World War II, the ARRL started looking at the status of callsign availability.  According to the May 1994 issue of QST, “Proposals for remapped call areas were finalized in time for the May 1945 meeting of the ARRL Board of Directors. At that meeting, the ARRL Board recommended that splitting of states into two call areas be eliminated and that some states be shifted to different call areas so that each area would contain approximately the same number of amateurs. Also, the Board recommended to the FCC the establishment of the tenth call area.  By the end of the year, the FCC agreed to accept the Board’s recommendations, and the call areas that we still use today came into being.”  At this point, all of Pennsylvania became part of the third call district.
It is likely that Mr. Somers changed his callsign sometime after 1945 and obtained an early 1x2 call.  In the 1952 callbook, he is listed as W3VV.
​
Mr. Somers was quite active with radio and the McKean County Amateur Radio Club over the years.
In June 2018, Diana Van Orden, a Derrick City resident, posted on Facebook about how she knew Mr. Somers when she was a child.  “He had a residence up on Hall Road in Derrick City and he had a ham radio room in an upstairs room. I used to go up there a lot when I was a kid and listen to him and watch him.  It was quite something to see.” 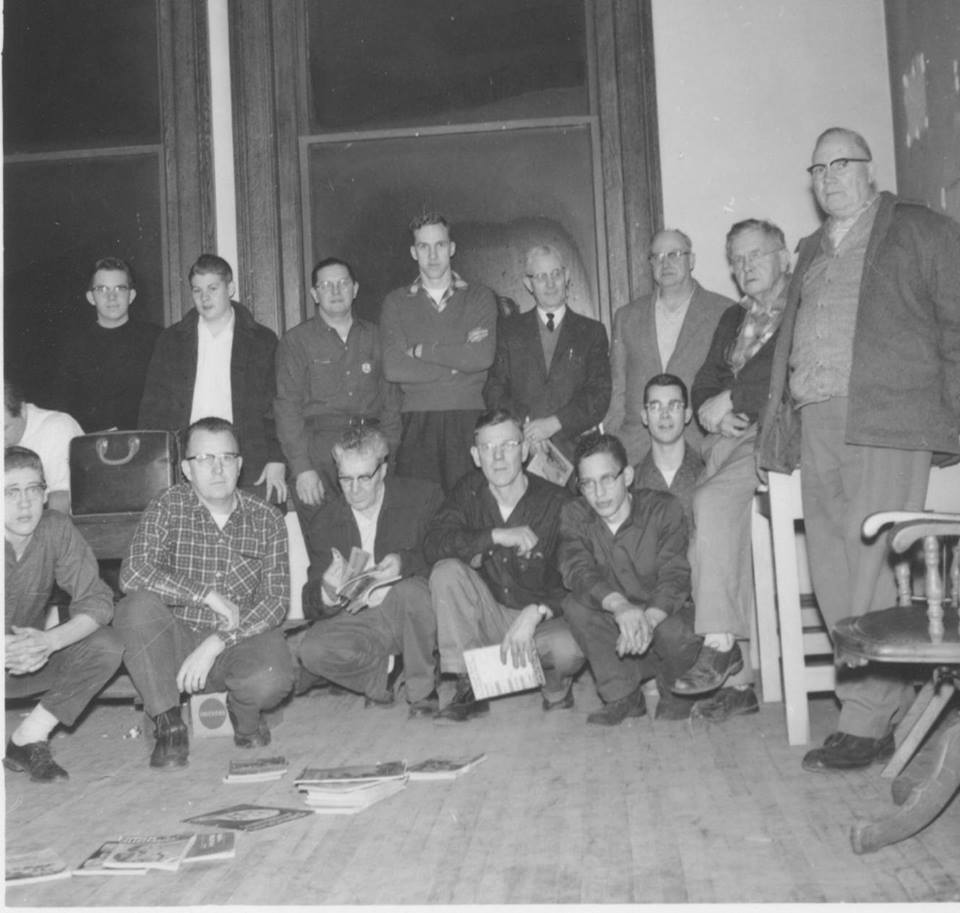 He may be gone but his pioneering spirit and callsign live on. 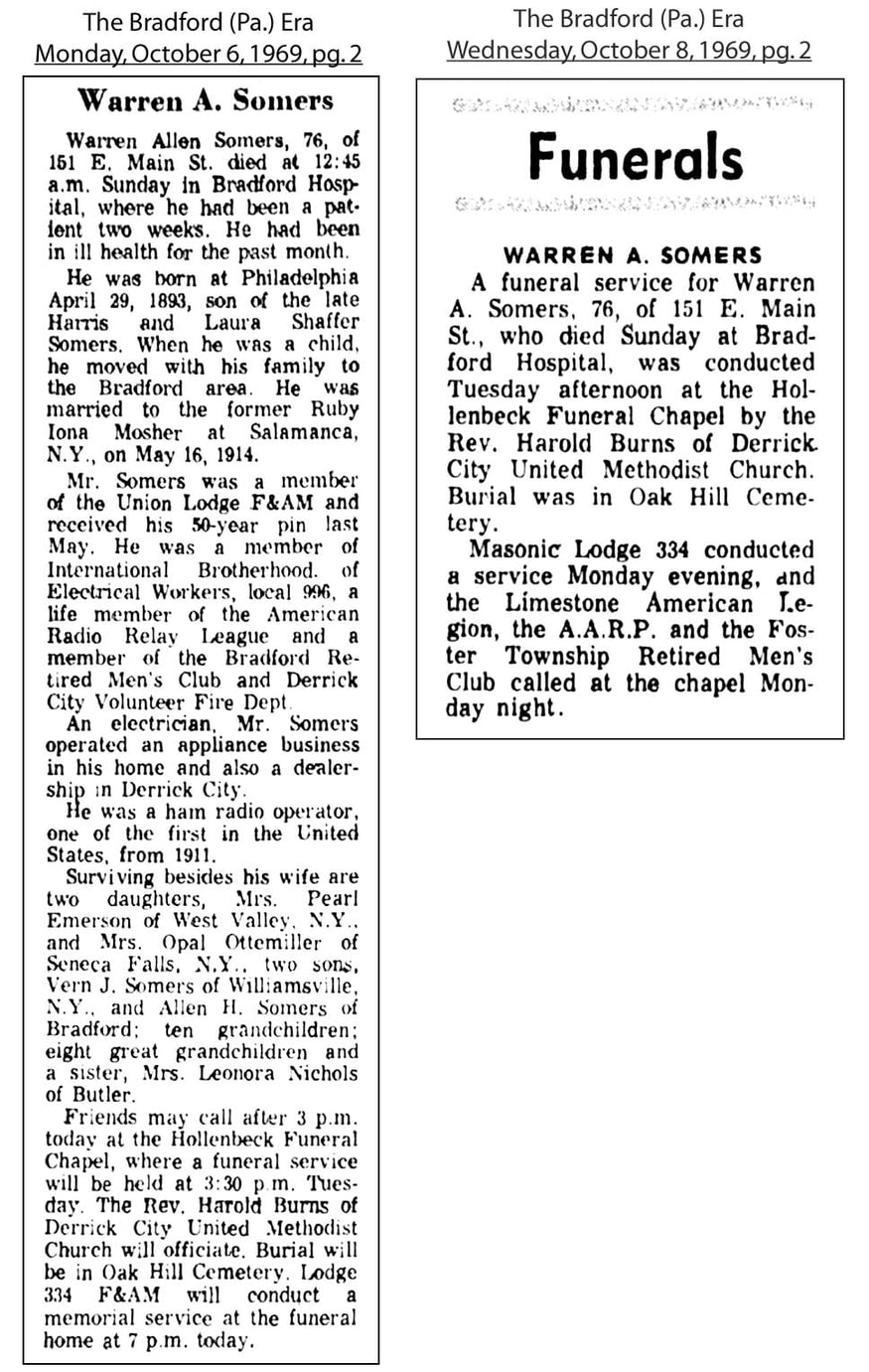 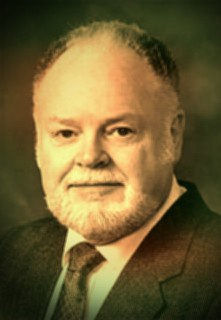 The developer of the groundbreaking Curtis Morse keyer chip, John G. “Jack” Curtis, K6KU (ex-W3NSJ), originally from Bradford, Pennsylvania, died on June 4, 2018 in Granite Bay, California after a lengthy illness. He was 87.

John G. "Jack" Curtis died on June 4, 2018 in Granite Bay, CA. His passing was the culmination of a full life & Parkinson's at the age of 87.  Jack arrived in Bradford, PA on Christmas Eve 1930. As a boy, Jack would discover a passion for amateur ham radio (W3NSJ/K6KU), an interest that would eventually grow from hobby to business. He wrote of "gazing at the glow of a beautiful vacuum tube and imagining how distant radio murmurers were making their way to my little radio. Later I learned how it worked and how to craft a transmitter or receiver, but for a child in the middle 1900's, it was magic."
He graduated from Bradford Area High School and then went on to earn a B.S. in Electrical Engineering from Penn State in '52.  Jack worked for Sperry Rand, served as Lieutenant JG in the U.S. Navy in Japan from '54-'59 (learned Japanese while there), worked for Corning Glass (earning 3 patents) and finally Signetics in the Silicon Valley (sigwom.com illustrates his trade humor from this era).
Curtis started Curtis Electro Devices on the side in 1968 and marketed his prototype electronic Morse iambic keyer — the EK-38 — which had “dit” memory. The follow-on EK-39 had “dah” memory and weight control, and later models offered a small scratch memory.
Putting the electronics on an IC chip revolutionized CW keying. The first Curtis keyer chip was the 8043 in 1973. The 8044 family of chips followed, to include the 8044, 8044B, 8044M, 8044BM, and, finally, the 20-pin 8044ABM, produced in 1986. It incorporated A or B iambic modes, and output for a speed meter. In their heyday, Curtis chips were at the heart of an array of commercial memory CW keyers — Curtis’s last keyer, produced in 1982, was the Lil’ Bugger. Curtis chips also were incorporated into amateur transceivers and were favorites of homebrewers, who could construct their own keyers around Curtis chips with a handful of additional components.
Curtis Electro Devices also developed and manufactured memory chips for the nascent cellular industry. They manufactured a series of memory programming devices, one of which became widely used in the early years of the cellular radio industry. One of his greatest professional achievements was his final product enabling cellular installers to access the electronic serial signature remotely. A feat larger competitors claimed couldn't be done…he did single handedly in little over a year.  According to his obituary, “the significance of this was only understood when a certain inventor of the personal computer called (twice) trying to ascertain how he had done it.”
The advent of microcontrollers stalled demand for keyer chips, and MFJ later purchased the 8044 line. Curtis Electro Devices closed in 2000.
Jack is survived by Mary Ann Curtis, his wife of 37 years, his three step children: Cynthia L. Anderson, Pamela K. Hanna, Victor A. Neeley, four grandchildren and younger brother Richard E. Curtis. He was preceded in death by his parents, Elmer M. and Esther Curtis, older brother William H. Howard and beloved cat Lucky. He was laid to rest June 14th, 2018 at Resthaven 500 Southwest 104th St. Oklahoma City, OK 73139. Condolences to: www.resthavenokc.com

These clippings are from the digital archives of local newspapers found on newspapers.com